Join Waitlist We will inform you when the product arrives in stock. Please leave your valid email address below.
Previous ProductNext Product
Sale! 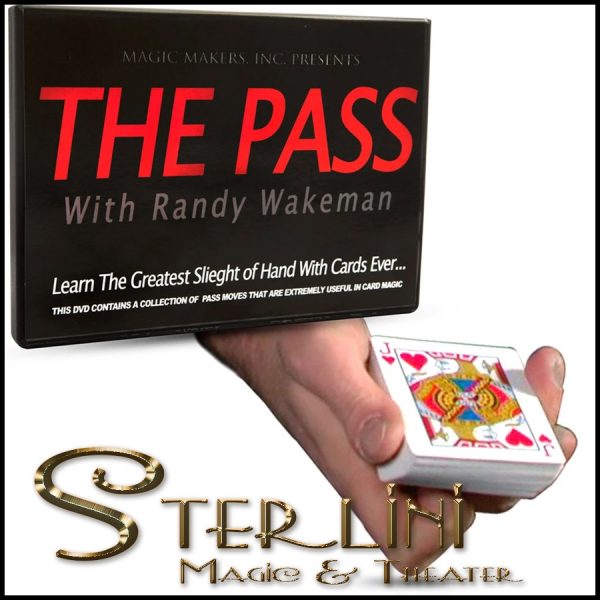 The Pass with Randy Wakeman (DVD)

In stock (can be backordered)

Imagine taking a deck of cards and having UNREAL CONTROL of your spectator?s selected card!

One of Magic?s most respected, Randy Wakeman, performs and explains The Pass with cards.

Randy gives you the best in Pass moves.

You will learn step-by-step a collection of moves that will help you take the next step in your card magic. These are moves that seperate the novice card magician from the serious card professional.

The DVD features multiple performances and slow, step-by-step instruction for each Pass Move.

About the Magician
Randy Wakeman – Some of the books and videos by Randy include: Formula One Close-Up, Randy Wakeman’s Special Effects, Randy Wakeman Presents, The Randy Wakeman Video 1988 & Vol. 2 in 1989, Randy Wakeman Intimate Impossibilities, & Randy Wakeman Chicago Bar Magic, in addition there are marketed items with his Rainbow Deck being probably the best known. Randy is very knowledgeable, and one of the best cardmen in the business, this will surely be a priority purchase for those who are into the pass.