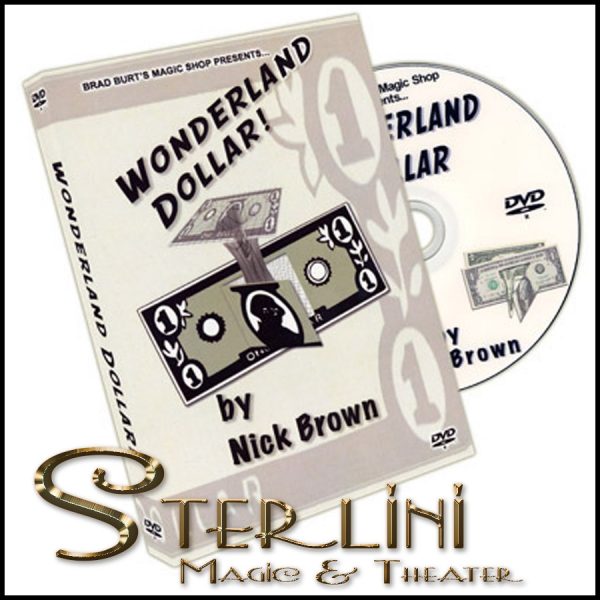 This is one of those tricks that is…well…PERFECT!

Here is a trick that the first couple of times you perform it you won’t know “why” it works yourself.

The effect is stunning to both magicians and lay folks, but it REALLY blows away the non-magicians.

The performer displays a one dollar bill with a small “trap door” cut into the middle. Holding the bill front forward, a spectator is asked to hold the small door. Much like Alice had to go through a small door in Wonderland, the magician will send the spectator through the dollar bill to the other side! The performer proceeds to fold the bill closed, then opens it up again. When the bill is unfolded the back of the bill is now facing the spectator who is still holding the “trap door”! The magic happens right before their eyes!

It is EASY to do and RESETS automatically. It fits easily in your wallet always ready to go.

Nick Brown the inventor is both a terrific magician and a mathematician at Cal Poly.

This is a brilliant working of a classic topological theme that will rock on lookers!